Before you begin, set up your local environment to install a plug-in.

This tutorial covers installing and running this bundled Zowe™ CLI plugin as-is (without modification), which will display your current directory contents.

The plug-in adds a command to the CLI that lists the contents of a directory on your computer.

To begin, cd into your zowe-tutorial folder.

Issue the following commands to install the sample plug-in to Zowe CLI:

Issue zowe --help in the command line to return information for the installed zowe-cli-sample command group: 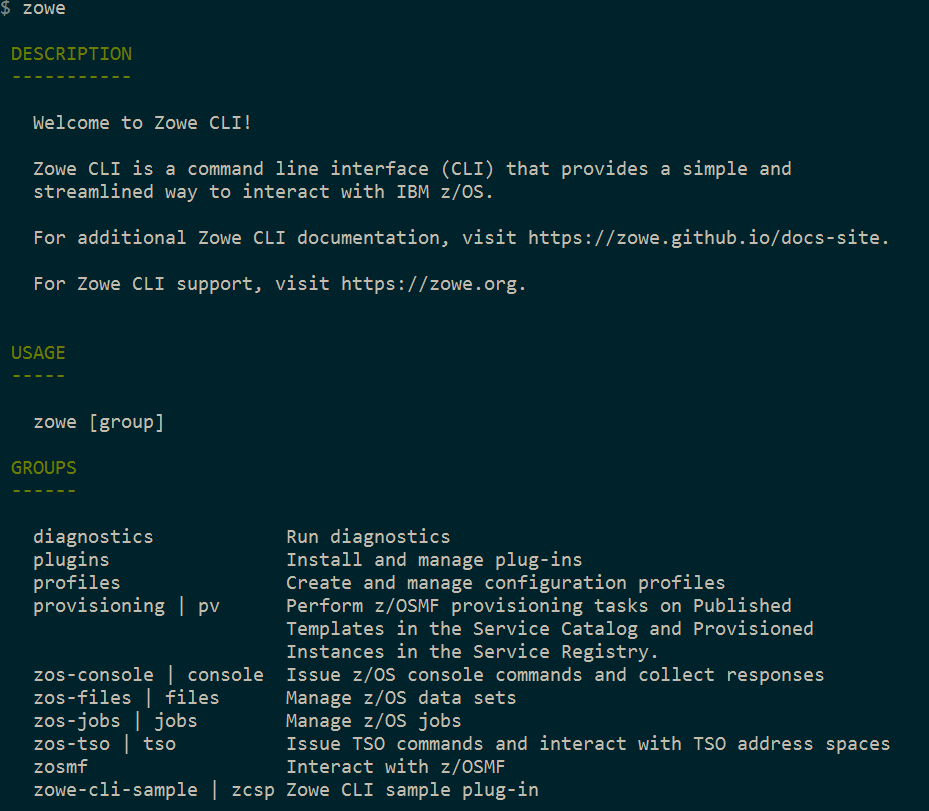 To use the plug-in functionality, issue: zowe zowe-cli-sample list directory-contents:

To run automated tests against the plug-in, cd into your zowe-tutorial/zowe-cli-sample-plugin folder.

You successfully installed a plug-in to Zowe CLI! Next, try the Extending a plug-in tutorial to learn about developing new commands for this plug-in.