This is documentation for Zowe Docs v1.28.x LTS.

Please Note: The Zowe V1 LTS release has transitioned to "maintenance" effective 04/23/2022 with the 1.28 release and will no longer include new features. Security patches and critical bug fixes will continue to be documented for this release.
For the latest Zowe features and capabilities, please reference the latest version of Zowe Docs for the "active" latest version (v2.3.x LTS).
Version: v1.28.x LTS
:  4/27/2022|
0 min read
|
Edit this page

As a system administrator, review this article to learn about the key concepts of Zowe certificates.

As well as being a server, Zowe itself is a client to services on the southbound edge of its API Mediation Layer. Zowe communicates to these services over secure sockets. These southbound services use certificates to encrypt their data, and Zowe uses a trust store to store its relationship to these certificates. The southbound services that are started by Zowe itself and run as address spaces under its ZWESVSTC started task (such as the API discovery service, the explorer JES REST API server) re-use the same Zowe certificate used by the API Mediation Layer on its northbound client edge.

In addition to Zowe using the intra-address space of certificates, Zowe uses external services on z/OS (such as z/OSMF or Zowe conformant extensions that have registered themselves with the API Mediation Layer) to encrypt messages between its servers. These services present their own certificate to the API Mediation Layer, in which case the trust store is used to capture the relationship between Zowe's southbound edge and these external certificates.

To enable certificate validation without hostname validation, set NONSTRICT_VERIFY_CERTIFICATES=true. Using this setting, the certificate Common Name or Subject Alternate Name (SAN) is not checked. This facilitates deployment to environments where certificates are valid but do not contain a valid hostname. This configuration is for development purposes only and should not be used for production. 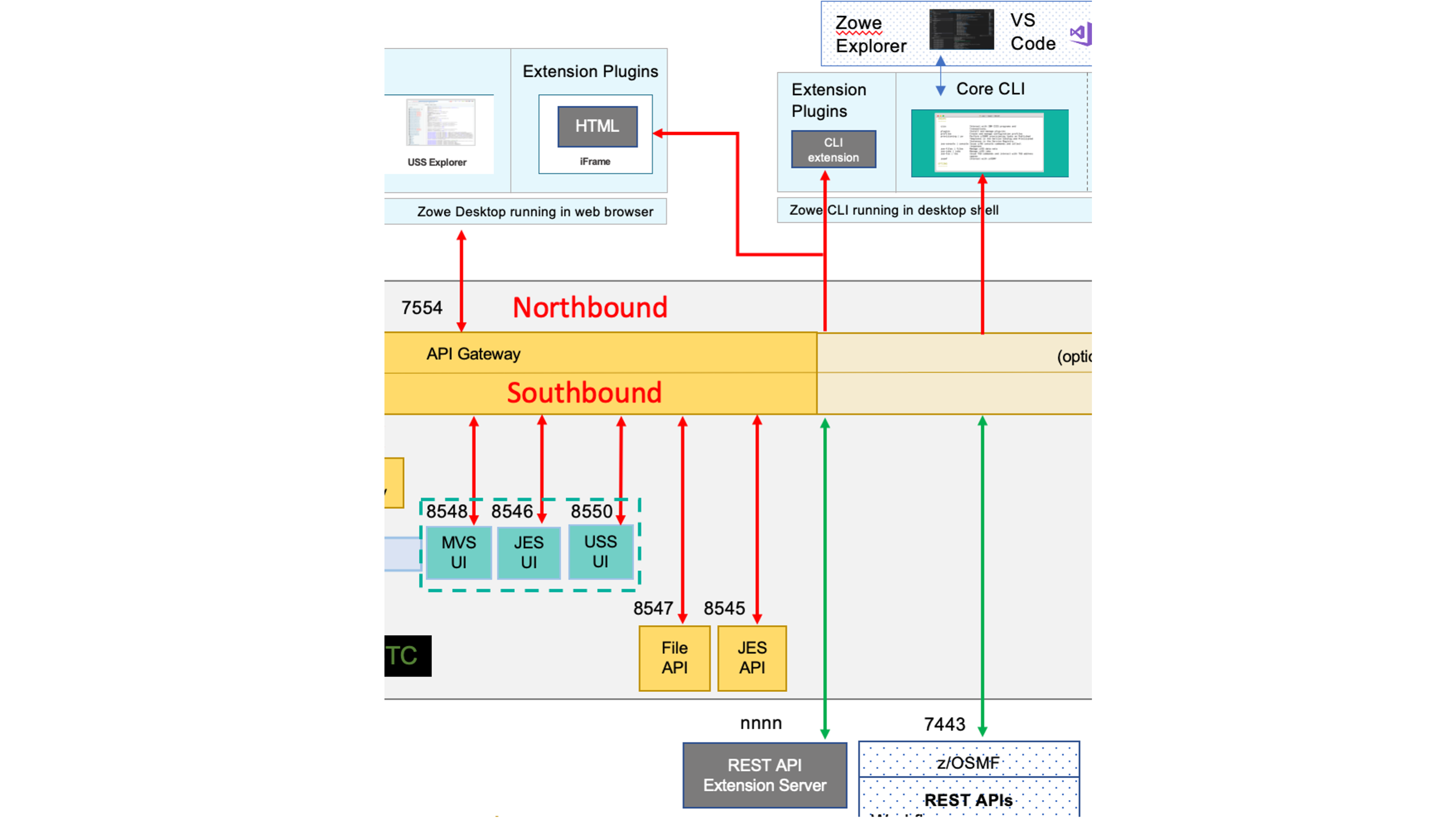 Zowe supports certificates that are stored either in a USS directory Java KeyStore format or else held in a z/OS Keyring. z/OS keystore are the preferred choice for storing certificates where system programmers are already familiar with their operation and usage. The user ID setting up a keystore and connecting it with certificates requires elevated permissions, and in scenarios where you need to create a Zowe sandbox environment or for testing purposes and your TSO user ID doesn't have authority to manipulate key rings, USS keystores are a good alternative.

For both scenarios, where the certificate is held in a USS Java Keystore or a z/OS key ring, the USS KEYSTORE_DIRECTORY is still required which is created with the script zowe-setup-certificates.sh. 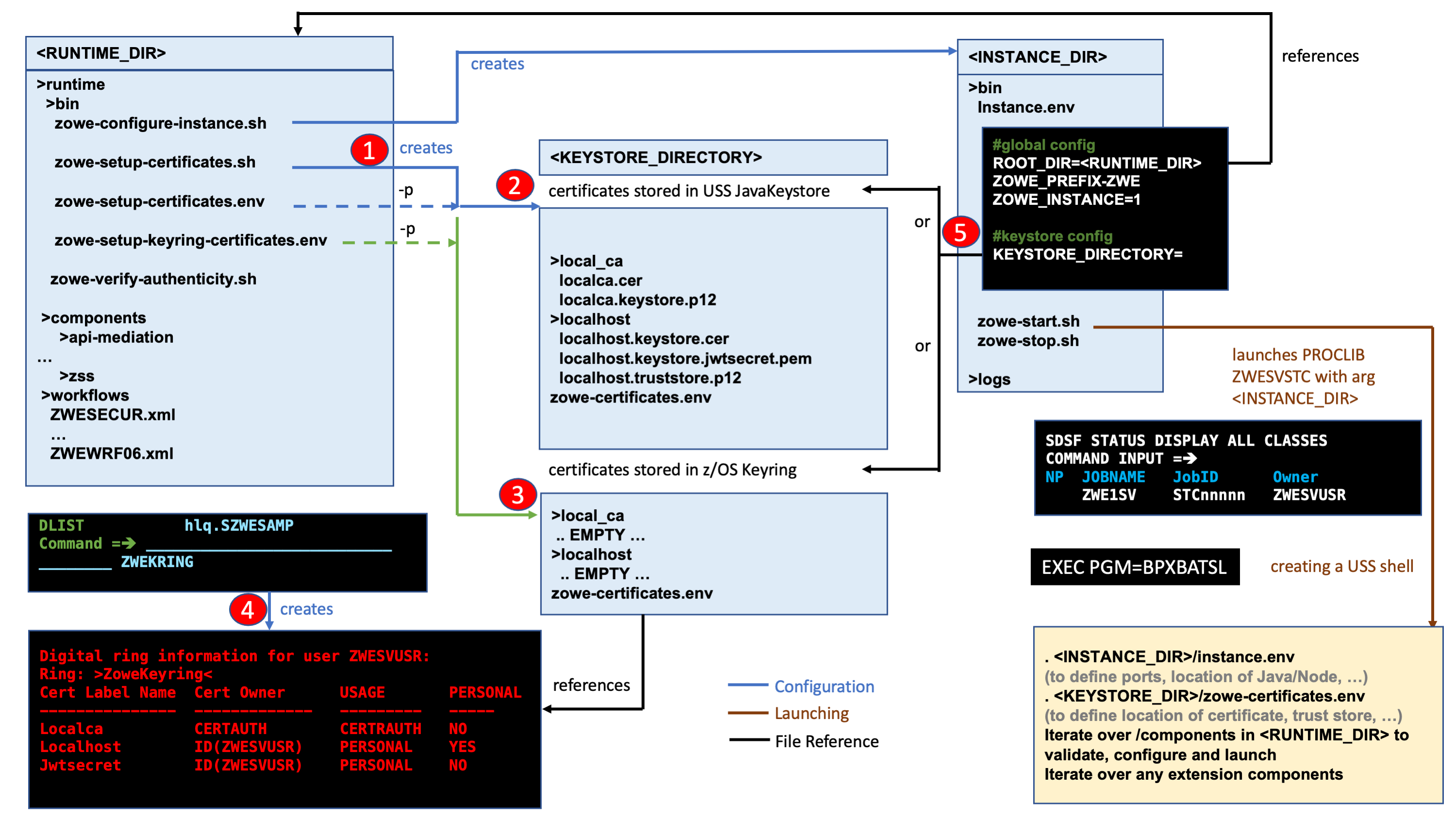 When a TLS certificate is used for encryption across a socket connection, one of those endpoints is the client and the other is a server. This usage is restricted with the Extended Key Usage attribute.

Additionally, the Digital signature and/or key agreement must also be set as extension value in the Key Usage section. For more information, see key usage extensions and extended key usage.

For more information about the Zowe launch topology, see Topology of the Zowe z/OS launch process.